Hello all! I thought I would begin using my blog as a way to record, keep track, and share my fiber art adventures. I don’t know that I felt much purpose with my blog in the past but if I look at it as a way of journaling and sharing, that certainly helps. I will keep the posts quick and to the point, better for me and you!

I have recently begun to weave again. Years ago I used to weave on a rigid heddle loom. It was very relaxing and I took to it quickly but I have to admit, I didn’t enjoy warping it at all. And it’s considered a little loom! But tapestry weaving has caught my eye. It’s so beautiful and organic. And a huge plus, you only have to warp a frame loom! Granted these can get humongous, but they can also be quite small. So, that is where I started.

I found a wonderful little tutorial over at The Weaving Loom on how to make a cardboard loom! Talk about not having to make an investment to see if you like it! So I made a cardboard loom and it was quite sturdy! I quickly warped it with crochet cotton and grabbed some Scheepjes minis for my yarn  along with some roving and away I went! I used a yarn needle to help with weaving and a fork from the kitchen to push down the weft threads after each pass! So simple! Another bonus is living in the country surrounded in oak and black walnut trees, I can find hangers right outside of my door! Also, there are plenty of YouTube videos for teaching techniques! 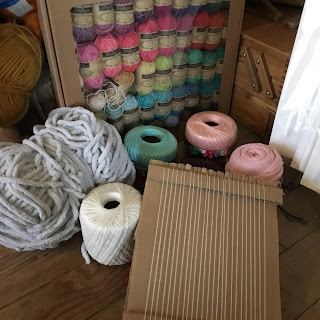 I was delighted to find weaving so peaceful. It is a wonderful process and always new. You get to use your imagination throughout which leaves little room for boredom. I have turned out quite a few but today, I want to share my first weaving off of the little cardboard loom. 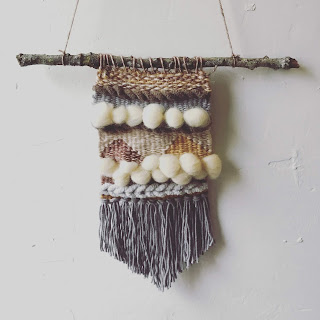 Thank you all for joining me here on this adventure!
Posted by Melissa at 11:06 AM No comments: Links to this post 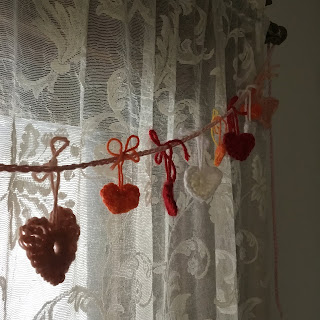 A couple of years ago I did a tutorial on crocheting little hearts. Today, I gathered up those little hearts, laid them out in the order I liked and decided to turn them into a garland! Next, I simply crocheted a chain long enough to hang down the sides of my window by about a foot. 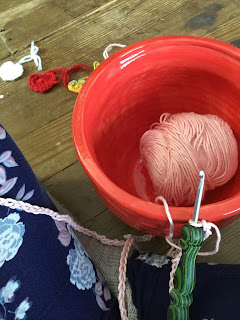 Once everything was ready I strung my little hearts on the chain. This way, I could adjust them to spread apart as much or as little as I wanted. I also steamed them lightly so they would lay nice and flat without curved edges. Mine had been in a drawer all year 😊
To hang them, I simply draped them over my rod. I say simply but I’m too short and had the help of a kiddo standing on the couch with me lol! To make sure it stayed in place and didn’t slip off, I wrapped the ends around the end of my rod one time and then just let them hang.

Quick and simple! If you make any, tag me on instagram with @acornwillows I would love to see! 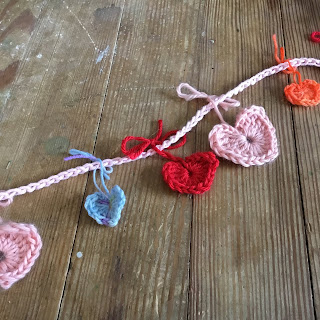 Vlgmas 4 is live!
Posted by Melissa at 5:09 PM No comments: Links to this post 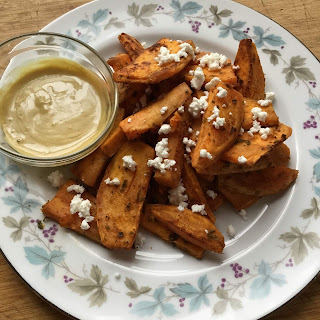 Here is the recipe for my sweet potato fries! They are a favorite around here! This is a relaxed recipe as I never measure unless baking. There is no need, just relax and enjoy!

~Place sweet potatoes in a bag and pour butter over potatoes

~Season with salt, pepper, garlic powder, smoked paprika, and chives (to your taste)

Enjoy!
Posted by Melissa at 12:19 PM No comments: Links to this post

For advent I will be taking part in Vlogmas on my Youtube channel!

I have planned a fun little project to use up those advent minis or your leftover yarn scraps from other projects. We are going to knit an inch a day on a cute little snake named Sammy! By Christmas Eve you will have a snake that is 24" long!

He is a great way to curl up and have a no stress moment to yourself as we count down to Christmas!

I will add the tail instructions on Dec 23. Be sure to join me on Youtube! Along with Sammy there will be other prizes during vlogmas!

Here is how to begin Sammy! 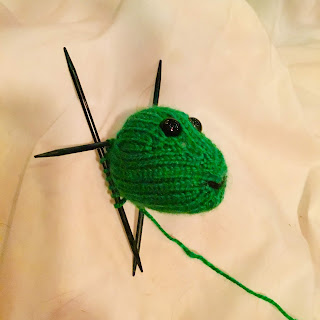 Advent Toy- Sammy
This is an advent knit along for Acorn Willows vlogmas! If you would like to join in, follow my link in my instagram profile!

I suggest stuffing Sammy as you go along! Note- I decided to stuff Sammy with polyfil in the head and I used pellets for his body so he can wrap and slither anywhere!

If you are using safety eyes, go ahead and put those in now along with stuffing the head.

Change color and continue to k1 in each st around changing to a new color every inch, or however long you desire. You could make some colors longer than others, change at every ½” giving very quick color changes but for this advent I am doing a color change each inch and I will have a 24” snake when I am done.

Posted by Melissa at 7:00 PM No comments: Links to this post 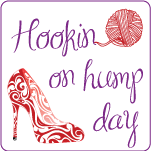 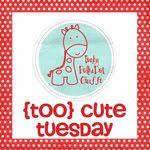